The principle of most LCD liquid crystal displays

At the most basic level, most (not all) liquid crystal displays change the polarization state of light passing through the layer of liquid crystal material. The competition between the boundary conditions and the applied electric field controls the geometry of the layer. Generally, for this type of liquid crystal display, nematic liquid crystals are applied to the front and rear substrates together with special coatings. The coating is used to create boundary conditions and apply the required electric field. On the outside of the LCD unit, an optical film (including a polarizer) is attached. They convert light polarization changes into light and dark contrasts. The display structure is assembled in such a way that the zero external field produces an extreme brightness state, and the complete external field produces another extreme brightness state. The middle field creates the middle brightness level. 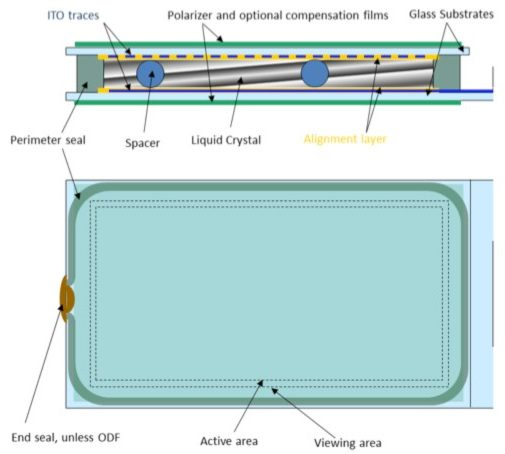