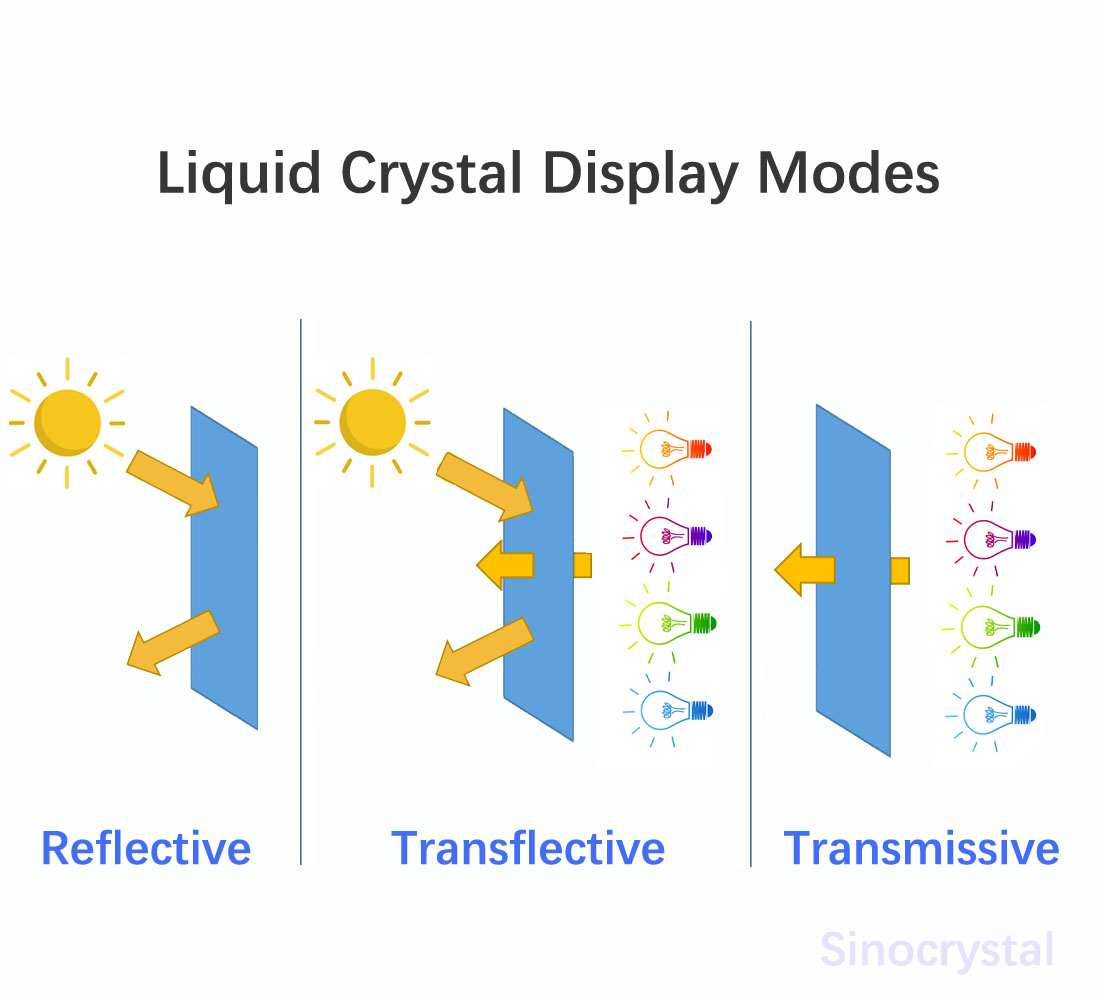 The most common being TN, STN and FSTN. The LCD fluid twists the orientation of light passing through the glass causing the active pixels to darken. Each fluid offers unique characteristics to your LCD. These characteristics results in changes to the LCDs color, viewing angle, clarity and/or temperature range. The use of which fluid type you choose (TN, HTN, STN or FSTN) will affect the unit cost. TN fluid is less expensive than STN fluid. STN fluid is less expensive than FSTN fluid type. Below is a brief description on a few of the different LCD fluid types with images added to help add clarity.

TN lcd screen, is Twisted Nematic.  In a quiescent state, display has a 90° twist in the alignment of the liquid crystal molecules at the transition between the surfaces of the two glass substrates.Polarizers attached to the outer surface of the substrates are oriented to allow light to pass through the display. When activated selectively by an electric field, the activated segments align to the field and no longer twist light passing through the display creating a contrast between on and off states.

HTN lcd screen, (High Twisted Nematic, highly twisted nematic) nematic liquid crystal molecules, HTN Screen has a higher twist (between that of TN & STN) giving it increased performance over TN LCD. The viewing angle is superior to TN and has improved contrast when multiplexing from 1/8 to 1/32 MUX. HTN has a slight yellow tint that looks good with high contrast segments. HTN has a lower cost than STN.

STN (Super Twisted Nematic) The structure of STN is similar to TN & HTN but with 180 to 270twist. The higher twist gives better contrast and viewing angle for highly multiplexed applications. A STN display normally has a yellow-green or grey background that is due to the optical effect called birefringence that changes the polarization to elliptical rather than linear polarization.

FSTN (Film+STN) lcd screen, in order to improve the background color problem of ordinary STN, a compensation film is added to the polarizer to eliminate dispersion and realize black-and-white display.