LCD and OLED belong to the two camps of displays, which are often discussed in mobile phone display. If you want to figure out what are the main differences between LCD and OLED, let’s move on.

LCD DisplayLCD is “Liquid Crystal Display”. The principle of the display’s light emission is to put a light-emitting module (called the backlight layer) on the back, and then put a layer of colored The film (you can imagine the image is cellophane) is the color that you see. Therefore, the colored film itself does not emit light, and it depends on the backlight layer. Most of the LCD panels on the market use LED (Light Emitting Diode) as the material of the backlight layer, so many people think that LED display= LCD display. But strictly speaking, LED displays are just one of LCD displays.

Because the LCD panel does not emit light by itself, so it will have color cast problems. For example, to render black, a white backlight layer hits light on a black film, naturally it will not produce a pure black luster, but it will be grayer. In addition, the LCD panel is relatively easy to reflect light and leak light, and the viewing angle is relatively small, and the picture cannot be seen on the side.With so many disadvantages of LCD panels, why are there so many products use LCD Displays? Because during this transition period, its rival: OLED still has some obvious shortcomings that cannot be solved. In addition, LCD is old technology, and products are always much cheaper, so it is still very active.

OLED DisplayThe full name of OLED is Organic Light-Emitting Diode. The display made of it can be said to be the darling of major display manufacturers, because of its characteristics: as long as the OLED is powered, it will emit light by itself. This means that the light emitted by red, blue, and green OLEDs enters people’s eyes in the most primitive colors, which will minimize the problem of color cast. Blue is blue, green is green. And black does not emit light, and the bag appears pure black. Therefore, the display color of the OLED panel is much brighter and more beautiful than the traditional LCD panel. So everyone said that the ultimate goal of the screen is definitely self-illumination.Also because OLED panels are composed of a large number of organic light-emitting diodes, which are organic molecules, they can be used to make curved screens and flexible screens, and because they do not need to put more backlight panels, they will be thinner than LCD panels. Consumption is relatively low.

Although the price of OLED displays has been reduced a lot, there are still some problems. For example: because they are made up of organic molecules, their lifespan will be relatively short, and OLED displays only have a lifespan of about 10 years. Then there is the problem of branding, because the life of OLEDs of different colors is different (blue OLED has the shortest life), the color fades after blue decay, and the phenomenon of uneven color on the screen display is called branding. In other words, the major shortcomings of imprinting, color decay, and short life are all caused by organic molecules.Then there is the OLED dimming method, which easily causes a splash screen and makes people feel tired and uncomfortable. Here’s a look at science. There are two ways to adjust the brightness of the screen. One is called DC dimming, and the other is PWM dimming. Most LCD displays use DC dimming, while OLED displays use PWM dimming. . The principle of DC dimming is very simple. It is to adjust the power of the electric power (voltage x current = electric power). The screen with large power is bright, otherwise it is dark. 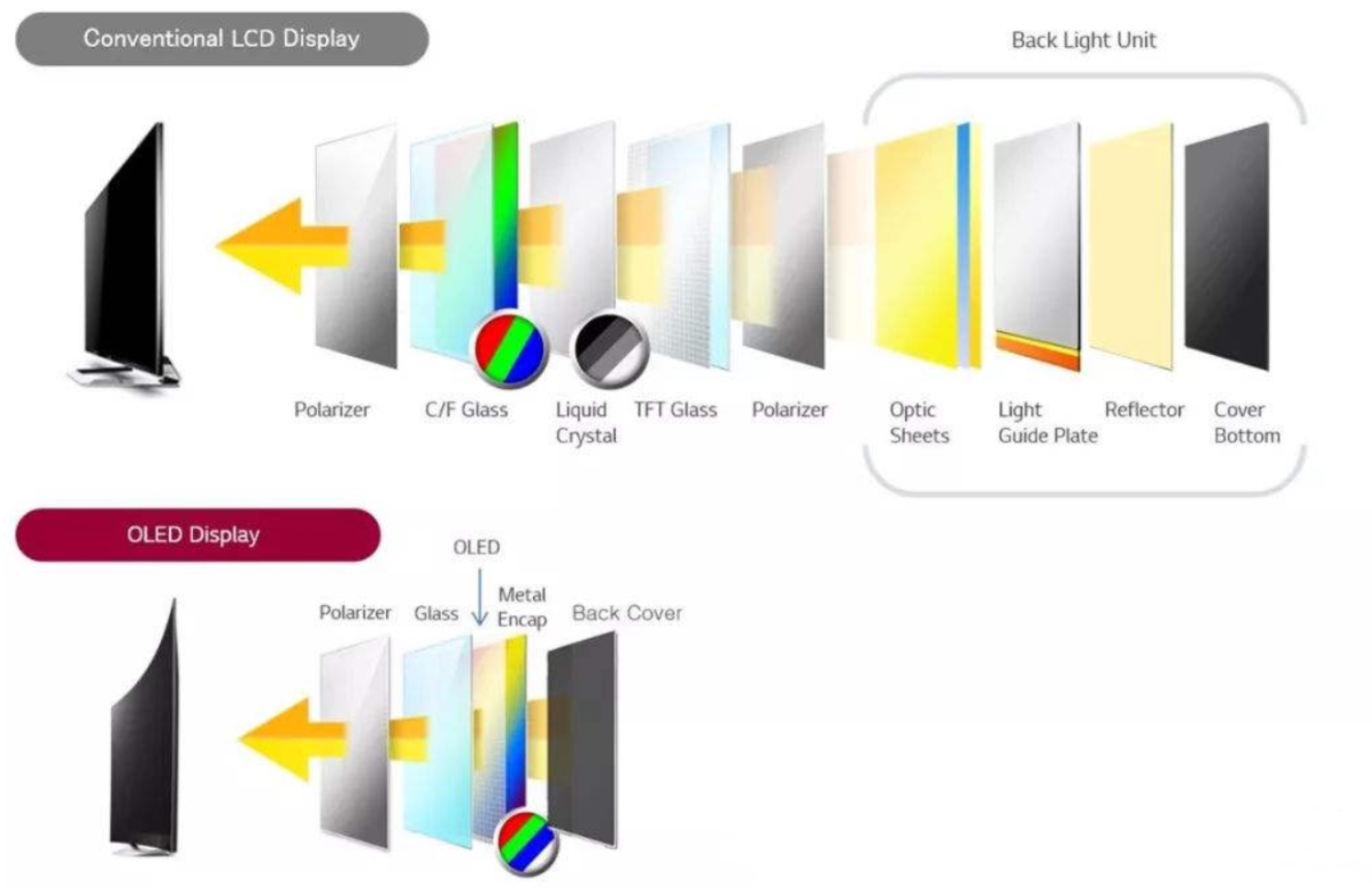